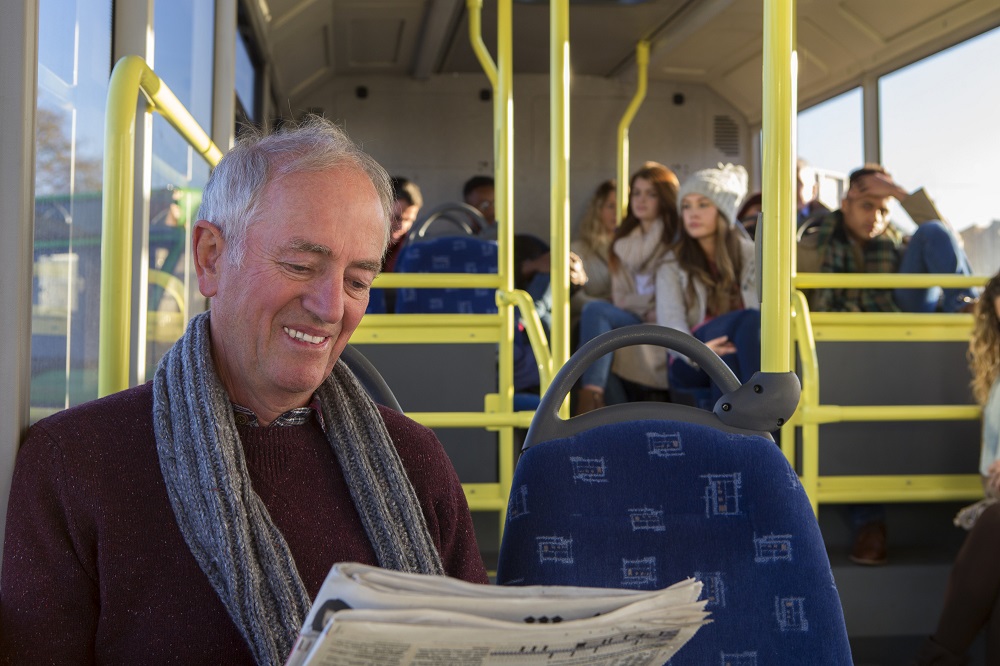 For the first time in New Zealand, on demand public transport will be trialed in Timaru next year as a replacement for existing public bus routes. But what exactly does “on demand” public transport look like?

Timaru, like many cities across New Zealand and globally, has struggled to maintain patronage and as a result, financial viability of public bus routes. Running empty buses on fixed routes and timetables is an inefficient use of resources and an unnecessary source of emissions. Many of us know we should be using public transport more and relying less on our cars, however matching fixed bus routes and timetables with our own schedules can be a hassle. Despite these problems, public transport is important if we are to reduce transport emissions and congestion, as well as ensure our cities are accessible for all people – locals and visitors, young and old, and of varying physical abilities and resources.

Enter “on-demand public transport” as one possible solution. Advances in technology in recent years have seen the emergence of private ride sharing services such as Uber, which have disrupted the conventional model of taxis and private car trips. Similar smart phone and GPS technology can also be used to provide public transport at an affordable price for daily travel.

The general idea is that passengers can choose where they travel to and from, and the time that suits them. Hail a ride from your smart phone and take a short walk to wait at a nearby street corner or landmark. A bus or van will collect you and drop you off close to your destination. Buses don’t keep to fixed routes or schedules.  Instead, navigation software directs the driver on the most efficient route according to who is sharing the journey and where they want to go.

Below are a few examples of how on demand public transport is currently working around the world:

Some cities have done away with fixed bus routes, replacing them completely with with on-demand services.  Two years ago, the city of Arlington in Texas introduced an on demand “micro transit” model, using customized Mercedes vans to shuttle people around the city. Customers pay a flat fee of US $3 per ride or buy a weekly pass for US $15, which covers up to four trips a day. Since its introduction, the system has received a 97% approval rating, and has been expanded to service wider areas of the city.

In other cities and towns on demand public transport is being used to shuttle people to and from existing public transport hubs. In May this year, a service was launched in New South Wales, which provides first- and last- mile connections with Sydney Metro public transportation hubs. The bus picks them up at a safe and convenient “virtual bus stop”, and pay a far between AUD$1.12 to$4.80 for their trip to the train or metro station. Ridership has grown quicker than projected, and more than half of riders have switched from driving their private car to public transport.

Environment Canterbury is adopting an innovative approach with this new pilot in Timaru.  It will be interesting to watch how the trial is received over the next year, and whether this solution could work in other New Zealand cities and towns. There is certainly a need for new and innovative solutions to address our transport needs in urban centres.  No one solution will be the magic bullet for reducing transport emissions and relieving congestion, however, on demand public transport may well be one important piece of the puzzle for creating more flexible, user friendly, affordable and sustainable transport solutions in the future.

Update 23 June 2020: A 12 month trial of Timaru’s on-demand public transport system has now been launched. This follows a successful pilot project, which saw public transport patronage in June jump by almost 40%, compared to demand for the services that were replaced in the same period last year.

If the trial is successful, then there is potential to replicate the on-demand public transport model in many other small to medium towns and cities around New Zealand.

Avanzar Consulting is a boutique firm providing expert planning and transport engineering services, with offices in Christchurch and Timaru. Find out more about our team and services at www.avanzar.co.nz